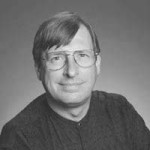 Stephen Hartke is widely recognized as one of the leading composers of his generation, whose work has been hailed for both its singularity of voice and the inclusive breadth of its inspiration. Born in Orange, New Jersey, in 1952, Hartke grew up in Manhattan where he began his musical career as a professional boy chorister, performing with such organizations as the New York Pro Musica, the New York Philharmonic, the American Symphony Orchestra, and the Metropolitan Opera. Following studies at Yale, the University of Pennsylvania, and the University of California at Santa Barbara, interrupted by stints as advertising manager for several major music publishers, Hartke taught in Brazil as Fulbright Professor at the Universidade de São Paulo, before joining the University of Southern California faculty in 1987.

Hartke's output is extremely varied, from the medieval-inspired piano quartet, The King of the Sun, and Wulfstan at the Millennium, an abstract liturgy for ten instruments, the blues-inflected violin duo, Oh Them Rats Is Mean in My Kitchen, and the surreal trio, The Horse with the Lavender Eye, to the Biblical satire, Sons of Noah, for soprano, four flutes, four guitars and four bassoons, and his recent cycle of motets for chorus, oboe and strings, Precepts. He has composed concerti for renowned clarinetist, Richard Stoltzman, and violinist, Michele Makarski, and his collaboration with the internationally-celebrated Hilliard Ensemble has resulted in three substantial works, including his Symphony No. 3, commissioned by Lorin Maazel and the New York Philharmonic. Most recently his acclaimed full-length opera, The Greater Good, was premiered and recorded by Glimmerglass Opera. Other major commissions have come from the Chamber Music Society of Lincoln Center, Carnegie Hall and the Harvard Musical Association, the IRIS Chamber Orchestra, the Kansas City Symphony, the Library of Congress, the Los Angeles Chamber Orchestra, the Los Angeles Philharmonic, the National Symphony Orchestra, the Orpheus Chamber Orchestra, the Barlow Endowment, Chamber Music America, the Fromm Foundation, the Institute for American Music at the Eastman School of Music, Meet The Composer, the National Endowment for the Arts, and the Natural History Museum of Los Angeles County, among others.

Stephen Hartke lives in Glendale, California, with his wife, Lisa Stidham, and son, Sandy, and is Distinguished Professor of Composition at the Thornton School of Music of the University of Southern California.

These two pieces were composed at the request of oboist Peggy Pearson and Cantata Singers' music director David Hoose. Peggy, of course, wanted a piece with a prominent obbligato role for her instrument, and David wished something with a text that would harmonize with a program of sacred music. While I spent a considerable number of my early years as a professional church musician, I have never turned my hand to sacred pieces, and in casting about for texts I found myself drawn to Biblical sayings and proverbs dealing with fundamental moral issues, in particular ones in which an appeal is being made to common sense and decency rather than to fear of divine retribution. My original plan had been to do a set of Latin motets, but as I was working on them, checking the Latin against various translations, I stumbled upon the New English Bible's version of a powerful passage from the Book of Proverbs in which Wisdom is personified, buttonholing passersby and berating them for ignoring her. There is so much about this text (and the lines I have interpolated from elsewhere in Proverbs as well as Lamentations) that speaks to this moment in our history—in fact, sadly, to all moments in history—that I felt I had to switch gears a bit and set it in English. Although these two pieces were conceived together, they may be performed separately, and it is my intention to add to the series in the future as time permits.