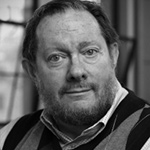 Philip A. Kelsey became the fourth music director of Cantata Singers, having graduated from Harvard University in 1970, with a Master of Arts in Music Theory. During his study at Harvard, he attended the Wien Musikhochschule while on a Harvard University John Knowles Paine Traveling Fellowship. Mr. Kelsey also studied at the Berkshire (Tanglewood) Music Center, where he was a Conducting Fellow. He began conducting at the age of sixteen as Assistant Musical Director of the San Francisco Boys Chorus.

After leaving Boston, Mr. Kelsey served as Assistant Professor of Music at Reed College and as Director of the University of Oregon’s Opera Workshop. He has also been assistant conductor with Portland Opera, and assistant conductor, coach, and accompanist for the Washington National, San Francisco, and Tacoma opera companies. Since 1990, Mr. Kelsey has been Assistant Conductor for Seattle Opera, where he has assisted on all Seattle Opera productions of Wagner’s Ring des Nibelungen since 1983. He has also conducted company productions of Mozart’s Così fan tutte and Verdi’s Rigoletto. He has been guest faculty of Cornish College of the Arts and teaches voice at the University of Washington School of Music.

Mr. Kelsey made a mark in Boston not only as a conductor and highly skilled keyboard player, but also as a singer. He appeared as a baritone soloist in Peter Hans Werner Henze’s Ein Landartz, at the 1973 Quincy Arts Festival.

Phillip Kelsey’s music directorship of Cantata Singers continued the chorus’s focus on the cantatas of J.S. Bach and Heinrich Schütz. At the same time, he presented an array of music including that of obscure 18th century American composers and Charles Ives.