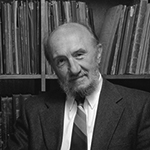 Péter Erdei conducted Cantata Singers in a concert at Wellesley College that included music of his countryman Zoltán Kodály along with works of J.S. Bach and Heinrich Schütz. Mr. Erdei was co-founder of the Kodály Musical Training Institute in the United States, and he was founder and conductor of the New Liszt Ferenc Chamber Choir. He has conducted the Hungarian Radio Choir Institute, the Kodály Choir of Debrecen, and the Teachers’ Choir of Kecskemét.

Among the many awards Mr. Erdei holds are the Liszt Prize and the Bartók-Pásztory Prize for performing arts in Hungary, the Kodály Prize of the Pro Renovanda Cultura Hungariae Foundation, and an honorary doctorate from Capital University in Ohio.