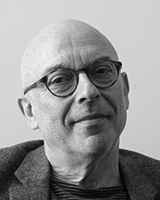 Peter Child is the Class of 1949 Professor of Music and a Margaret MacVicar Faculty Fellow at MIT, and is the former chair of the department of Music and Theater Arts. He joined Reed College in 1973 through an exchange scholarship from Keele University in England and received his B.A. in music from Reed in 1975. After studying Karnatic music in Madras (modern Chennai) for a year through a Thomas J. Watson Fellowship (1975-76), he entered the graduate program at Brandeis University and earned his Ph.D. in musical composition in 1981. He first took composition lessons at age 12 with Bernard Barrell in England; his later teachers include William Albright, Arthur Berger, Martin Boykan, Jacob Druckman, and Seymour Shifrin.

Peter Child has written music in many different genres, including music for orchestra, chorus, computer synthesis, voice, and a wide variety of chamber groups. Child's music has been prominently featured on the Lontano Festival of American Music in London (2006, 2008) and performed by United Berlin (Germany), Ensemble Lontano and the BBC Singers (UK), Interensemble (Italy), Speak Percussion (Australia), the National Symphony Orchestras of Uzbekistan and Kazakhstan, and by new music ensembles throughout the US.

The poems that comprise the biblical Book of Lamentations bear witness to the tribulations of dispossessed and exiled Jews after the destruction of Jerusalem and the First Temple, over two-and-a-half thousand years ago. The expression of fear, despair, and abandonment that they give voice to echoes down the centuries in the experiences of dispossessed and abandoned peoples in our own time. The contemporary relevance of this ancient text is particularly evident in the harrowing translation of Lamentations, chapter 3, by David Rosenberg (A Literary Bible). His gritty, free rhythms and unflinching imagery bring the testimony squarely into the twentieth century, with clear allusions to the Holocaust. Read in our own day, mindful of the vast populations of desperate refugees throughout our world and of the shunned, threatened undocumented peoples here in the U.S. and at our borders, some of Rosenberg’s lines feel as though they have been taken from the daily newspaper headlines.

What led me to Rosenberg’s text for my new composition for the Cantata Singers was a desire to contribute to the group’s commitment to new works concerned with issues of social justice. The poetry is dark, and the music, like the verse, dramatizes extremes of feeling, culminating in a chorus of unmitigated fury, violent rhythm and harsh dissonance. At the other extreme, the poet’s change of direction in two verses (TET, RESH), where she speaks of the nearness and comfort of God, is especially consoling and mystical: the musical language there becomes luminous and softens. Structurally, the music follows the form of the verses in Rosenberg’s translation, Program Notes which in turn reflects the alphabetic acrostic that shapes the original Hebrew poetry—hence the titles, derived from the Hebrew alphabet. Almost every verse, in my setting, has distinctly contrasting musical treatment and material.

I am extremely grateful to the Cantata Singers, their executive director Jenifer Hughes, and their brilliant conductor David Hoose, for the opportunity that brought Lamentations into being.

The theme that unites the three cantatas on tonight's program is compassion for the wretched, the dispossessed, and the hungry: the suffering people of the world. Bach's Cantata No. 39, Brich dem Hungrigen dein Brot ("Break with hungry men thy bread"), develops the idea of Grace attained through generosity toward the poor, as in the opening chorus, "If though dost a man see naked, then cover him and withdraw thyself not from thy flesh. And then shall thy light through all break forth like the rosy morning…and the majesty of the Lord God shall receive thee." The second movement, a bass recitative, seems to call for a general redistribution of wealth: "His is all that we are; he gives us but the use, but not that us alone should these his treasures comfort…He to poor men also need hath freely given, and hath with open hand, whate'er the poor require, to us so richly proffered. We are required for all the wealth he lends no interest into his barns to carry." The third movement, an alto aria, explains the connection between merciful charity toward the poor and God's Grace by suggesting that such compassion is an earthly embodiment, or at least imitation, of God's own compassion: "One's creator while on earth yet even dimly to resemble is a foretaste of true bliss. His compassion's way to follow scatters here the seeds of blessing which in heaven we shall reap."

The subject matter of Estrella: The Assassination of Augusto César Sandino is, of course, contemporary. It deals with Sandino's guerrilla war against the U.S. Marines and his eventual murder in 1934 through the combined subterfuge of Anastasio Somoza, Sr. and the U.S. Ambassador to Nicaragua. Compassion, and a desire to stir the compassion of others, is at the root of this work too — compassion for a tiny, staggeringly poor nation and its efforts to provide literacy, health, and basic food and shelter needs to its people under conditions of extreme adversity.

Compassion of a different kind is at issue in Bach's Cantata No. 21, Ich hatte viel Bekiimmernis (“I had so much distress and woe"). Here the concern is wholly spiritual, not at all material, and it deals with anguish and grief of the Soul, raging against its isolation from God, and the redemption arid healing of the Soul through the compassion and intervention of Jesus.

Despite the fact that Cantata 21 deals with a relatively broad, abstract subject, it is dramatic, even operatic, in its treatment of that subject. The first chorus encapsulates in an embryonic form the essential dichotomy that is to be amplified and developed over the course of the lengthy two-part cantata that follows: "I had so much distress and woe within my bosom; but still thy consoling restoreth all my spirit." Subsequently the Soul and Jesus are vividly personified. The Soul gives voice to her grief and separation from God ("I call and cry to thee, but still my 'Woe and Ah' seems now by thee completely unperceived") in the form of a touching soprano aria, and a tenor recitative and aria. Word-painting in the latter is particularly vivid. "Streams of salty tears" are depicted by a running sixteenth-note accompaniment motive; at "storm and waters overwhelm me" the vocal rhythm takes on a vigorous character that matches the affect of the text; at "I sink into the depths" we hear the tenor reach down into the bottom-most register of his voice.

Jesus intervenes at the opening of Part 2 in a recitative and duet in which the figures of Jesus and the Soul are interwoven in a musical dialogue of overwhelming tenderness. Even the imagery here is dramatic, vivid, operatic; Jesus — "O Soul, behold! I am with thee." Soul — "With me? But here is nought but night." Jesus — "I am thy faithful friend, who e'en in darkness guards, where nought but fiends are found." The final triumph of the Soul is celebrated in the closing chorus to the exhilarating accompaniment of fanfare-like figures in the trumpets and timpani.

It is, I believe, helpful and appropriate to approach the music of Cantata No. 21 in terms of the vivid expressive correlation between its music and its text. Cantata No. 39, on the other hand, is comparatively detached from that point of view. The kinds of "programmatic" resources that enrich the melodic, contrapuntal, and instrumental structures in Cantata 21 simply are not used in Cantata 39, which is better approached purely as "absolute" music. (To this should be added "by the modern listener," since the listener for whom Bach's cantatas were originally intended was a devoted member of a Lutheran congregation, for whom the meaning of the music was inseparable from the church service and the sermon that the cantata was meant to expand and amplify.) By comparison with Cantata 21, the arias and recitatives in Cantata 39 have a detached, remoter beauty and the argument of the text is delivered in measured tones.

Nonetheless, there is an intimate relationship between text and music in this cantata too, as revealed particularly in the opening chorus. Each new thought expressed in the text, each new sentence or clause, is associated with a new musical idea. In the case of the opening section, the first sentence of text explores a range of musical ideas, organized in a ternary fashion (aba) and accompanied by the strangely pathetic, pulsating figure with which the movement opens. Frequently, a new set of choral entries is developed into a full-fledged fugal exposition. The resulting whole is a melodic-contrapuntal edifice of glorious music of monumental grandeur and proportions.

My own cantata, Estrella, is profoundly influenced by Bach's great examples. Although the musical language is contemporary, there are many features of design that follow the Bach model. There is a "chorale" melody, which appears toward the end in a four-part harmonization. In earlier movements this melody is used as a cantus firmus in the manner of one of Bach's chorale cantatas. The opening movement, for example, is a "chorale fantasia"; Part 2 begins with a "chorale aria" for mezzo-soprano, tenors and violas, oboe, and cello.

The chorale melody itself is an adaptation of the Mexican revolutionary love-song "La Adelita." The rhythm, contour, and text of the original song are kept; the pitches are newly composed so as to be stylistically consistent with the remaining music of the cantata. This use of "La Adelita" was prompted by the fact that the Cardenal text cites the song in several places, and indeed the song is a background aural image—much like a cantus firmus—to a large portion of Cardenal's poem.

The technical and formal parallels between this work and a Bach cantata are underscored by the instrumentation, a Bach-like orchestra (using standard modern woodwind doublings) of 2 flutes, 2 oboes, 2 bassoons, 2 trumpets, 2 trombones, piano, percussion, and a modest complement of strings. Similarly, the choral writing is mostly in four-part contrapuntal style, and the mezzo-soprano and baritone solos frequently have an aria or recitative-like character. Only in the last movement are the full orchestral and vocal resources brought together.

The text is drawn from the poetry of two great Nicaraguan writers, Ernesto Cardenal and Pablo Antonio Cuadra, and the Chilean poet Pablo Neruda, and they are drawn from a collection that depicts the history of Nicaragua through its poetry.1 Part I of Estrella describes the background to Sandino's rebellion and ends climactically with music for baritone and chorus that depicts Sandino's guerrilla campaign. Part 2 deals with the events leading up to the deception and assassination of Sandino. The image of a star (estrella) is prominent in several of the poems, and it is musically highlighted by its association with a motivic pitch collection (F, C, B, G), frequently at climactic moments.

Estrella is an effort to show that the great universal themes of hope, suffering, sacrifice, courage, Good and Evil, are as much at work in the major contemporary struggles of humankind as in the ancient ones. It is at this level that I hope the piece succeeds as art. At the same time this music represents a personal response to the infamous foreign policy of the U.S.A. in Central America. By adding my voice to the voice of this great poetry, I make a plea for compassion, tolerance, and understanding toward the people and the government of present-day Nicaragua.