Your support makes everything we accomplish onstage, in the classroom, and in the community possible: 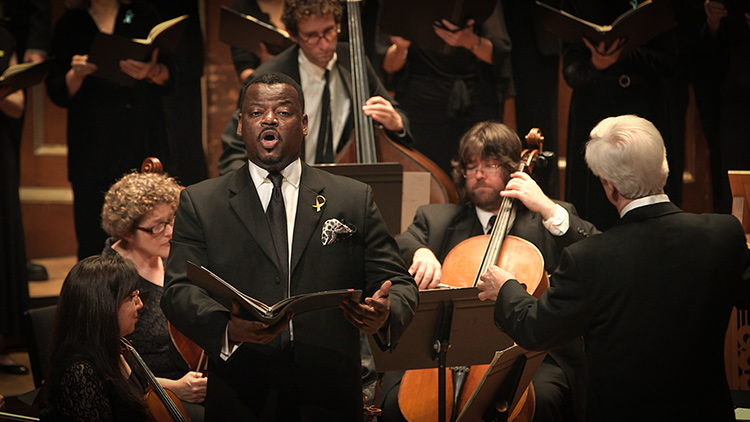 Cantata Singers is a Boston-based chorus and orchestra inspired by the musical genius of Johann Sebastian Bach. Our concerts explore relationships in music from the 17th century to today and invite exploration of Bach’s profound and continuing influence on our music, our culture, and ourselves.

Our education program teaches songwriting and choral singing to under-served Boston schoolchildren, guided by the belief that all children deserve the means to express their creative voices.

A singular desire to bring music to Boston’s listeners that isn’t being heard anywhere else has inspired Cantata Singers’ programming for 56 years.

Bach’s music, from the cantatas to the Passions, remains an essential part of Cantata Singers’ repertoire. However, the ensemble’s repertoire has expanded to include music from the 17th century to today. Cantata Singers has commissioned 15 works for choir and orchestra—including one that was awarded the Pulitzer Prize in Music—and has presented more than fifty Boston premieres of music both old and new.