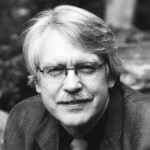 Composer John Harbison is among America’s most distinguished artistic figures. The recipient of numerous awards and honors, among them a MacArthur Fellowship and a Pulitzer Prize, he has composed music for most of America’s premiere musical institutions, including the Metropolitan Opera, Chicago Symphony, Boston Symphony, New York Philharmonic, and the Chamber Music Society of Lincoln Center. His catalog includes three operas, six symphonies, twelve concerti, a ballet, six string quartets, numerous song cycles and chamber works, and a large body of sacred music that includes cantatas, motets, and the orchestral-choral works Four Psalms, Requiem, and Abraham. His music is widely recorded on leading labels.

Recent Harbison premieres include Psalm 116 (Chanticleer), String Quartet No. 6 (Lark Quartet & Fromm Players, Tanglewood, Telegraph Quartet), Presences (cello and string quintet), A Bag of Tales (codas for piano), The Cross of Snow (in both versions, one for viols with countertenor and one for string quartet with mezzo-soprano), The Nine Rasas (clarinet, viola and piano), Painting the Floors Blue (for violinist Jennifer Koh), the monodrama If, From a Distance (Boston Musica Viva, Santa Fe Chamber Music Festival, and the Chamber Music Society of Lincoln Center), and the organ symphony What Do We Make of Bach, for a consortium anchored by the Minnesota Orchestra and the Seattle Symphony, with a companion volume of essays on Bach.

Mr. Harbison has been composer-in-residence with the Pittsburgh Symphony, Los Angeles Philharmonic, American Academy in Rome, and at numerous music festivals. He received degrees from Harvard and Princeton before joining the faculty of Massachusetts Institute of Technology, where he is currently Institute Professor. For many summers since 1984, he taught composition at the Tanglewood Music Center, serving as its head of the composition program from 2005-2015, and also directing its Festival of Contemporary Music. With Rose Mary Harbison, the inspiration for many of his violin works, he has been co-Artistic Director of the annual Token Creek Chamber Music Festival since its founding in 1989.

From 1969 to 1973, and from 1980 to 1982, Mr. Harbison was music director of Cantata Singers. He is now principal guest conductor at Emmanuel Music, where for three years he served as Acting Artistic Director. Active as a jazz pianist, Harbison founded the MIT Vocal Jazz Ensemble in 2010, for which he served as coach and arranger, and he is pianist with the faculty jazz group Strength in Numbers (SIN). In these roles he continues to add to his large catalogue of pop-songs and jazz arrangements.

Premiering on November 3, 2018
Learn more about the concert here.

The three compositions that now make up John Harbison’s Sacred Trilogy were composed over a period of twenty-eight years, between 1986 and 2014. All were commissioned by Cantata Singers, with the third, The Supper at Emmaus, co-commissioned with Emmanuel Music. For the first of these three works, The Flight Into Egypt, Harbison received the 1987 Pulitzer Prize for Music.

During the three-decade period that encompassed the creation of his Sacred Trilogy, Harbison composed a wide variety of other sacred works, including unaccompanied motets (performed by Cantata Singers in January 2010 and December 2017) and the inspiring Four Psalms (performed by Cantata Singers in November 2000, with a commercial recording released New World Records). Initially, the composer did not conceive the three compositions as a unit, but their similar origins, comparable scope, and related instrumentations all create close relationships that make their union logical. Most compelling, though, is the implied narrative of the biblical texts, which flow in dramatic and theological order, reaching from Advent to Easter and beyond.

The three works are for chorus, with varying vocal soloists, and with slightly differing chamber orchestras. The Flight Into Egypt includes soprano and baritone solos, 2 oboes, English horn, bassoon, three trombones, portativ organ, and a small body of strings. But Mary Stood is for chorus, soprano solo, and strings, either solo players or sections. As with The Flight Into Egypt and The Supper at Emmaus, the chorus in But Mary Stood is largely in four parts, but its middle movement divides the chorus into two three-part groups, one high (soprano, mezzo-soprano, tenor) and one low (alto, baritone, bass) that often act in a responsorial manner. The Supper at Emmaus expands the vocal soloists to four—who appear alone in the central movement—and it restores the pungent woodwinds and portativ organ, but not the evocative trombones, of The Flight Into Egypt.

Cantata Singers is pleased to present this first complete performance of John Harbison’s expansive Sacred Trilogy, given in celebration of his 80th birthday on 20 December 2018.

The Flight Into Egypt

The Flight Into Egypt was composed on commission from Cantata Singers. The commission allowed me to follow through on musical ideas already in motion, at a time when I was working on a number of projects (of which this was the least "practical"). It is my first choral music in five years, and renews an association with Cantata Singers that dates back to 1969, when I became their Music Director, and continues to the present through many friendships and my close relationship with their remarkable Music Director, David Hoose.

I began "The Flight" on an impulse stemming from a conversation with Craig Smith and Rose Mary Harbison about Christmas texts. Craig Smith mentioned the Christmas season counseling experience of Rev. Al Kershaw at Emmanuel Church, Boston, as a time when need, isolation, and anxiety increase. We agreed that the darker side of Christmas needs representation, especially in a time of increasing distance between the privileged and the less fortunate.

I have worked twice before with unedited Bible texts in a narrative manner favored by Schutz and Stravinsky, and I'm sure I will again. Without those pieces I would feel that a significant part of what I want to do as a composer would not have a voice. In this piece the subject matter gave rise to musical techniques: a frequent reliance on points of imitation, and the derivation of most of the music from the short motives stated at the outset. These are metaphors for the pre-ordained, inevitable aspect of the story. The harmony is more freely ordered, in the interest of a more flexible and compassionate rendering of the details of the narrative. The most expressive element in the piece is the continuity, which fuses the narrative into one continuous impression, both abstract and highly colored.

When I wrote this piece I didn't even know of the existence of Schutz's incomparable setting of this text. But I should have known that if anyone were to be exploring the shadow-image of Christmas, in times not unlike ours, it would be that composer.

But Mary Stood (2006) was commissioned by Cantata Singers in honor of David Rockefeller, Jr. It begins with a Prelude for string orchestra, actually composed last. It is a summary of many of the musical questions posed in the other movements.

Next come two choral motets, both resulting from requests from important women in my life: my mother-in-law and my mother. These women were both political activists and religious seekers. They asked me (many years ago) to memorialize them with settings of their favorite scriptural passages.

The word "Charity" frames the text from Corinthians and is set as a symmetrical musical emblem, held by forces from above and below. More ambiguous harmonies describe various states of incomplete knowledge.

In Let Your Heart Be Troubled the aural picture contrasts the idea of the Consoled, remaining behind, with Christ in His upward journey.

Much of this music was composed while working with Cantata Singers on Bach’s Saint John Passion. There, at the moment of Jesus’ death, the two Marys move to the center of the stage. Jesus’ words to John, “Behold your mother,” ignited the power of the anima in the prayers and iconography of early Christianity.

Mary Magdalene, her presence both contrasting and complementary to Jesus’ mother, is the first to see that the tomb is empty, the first to meet the risen Christ, the first to report it. (“Do not touch me,” says Christ in the King James version, while “Cease clinging to me” is the 1976 translation by the Catholic Council.) John, the last gospel writer, responds to the longing for the Eternal Feminine: compassion, approachability, and sensuality.

My concluding movement, But Mary Stood, for soprano, double choir, and string orchestra, proposes the soloist as both Narrator and Mary, the double choir as Jesus. These three characters each have their own vocabulary, family related. The setting envisions a Mary Magdalene who was the true intimate of Jesus, who understood, intellectually and intuitively, his purpose on earth.

In composing a piece to honor longtime Cantata Singers leader and colleague David Rockefeller, Jr., I resolved to make something that would live close to the center of the themes typically associated with the Cantata Singers. All of us who have been involved with this organization have been grateful for the places the subject matter has taken us. This was at the heart of David’s devotion to the group, and I feel privileged to be able to add to our common legacy.

The Supper at Emmaus

A cantata on texts from Luke and I Timothy 1. Composed in 2014, this cantata is scored for soprano, alto, tenor and bass soloists, four-part chorus, two oboes, English horn, bassoon, organ and strings. The work was commissioned jointly by Cantata Singers and Emmanuel Music, with generous support from David Rockefeller, Jr., the Mattina R. Proctor Foundation, and Epp K. Sonin. The first performance of the outer choral movements was given on March 2, 2014, with the orchestra and chorus of Emmanuel Music, Ryan Turner, conductor. This performance by Cantata Singers is the first complete performance.

David Hoose wrote to me at the end of July 2013, asking if I would be able to compose a piece for the Cantata Singers 50th anniversary. I described to him a long-contemplated cantata, The Supper at Emmaus, which our friend Craig Smith discussed with me some years ago—for both of us a favorite Biblical passage. Completing it now, in Craig’s memory, suggested a collaboration with Emmanuel Music, which the leaderships of both organizations was able to arrange.

The main narrative, Historia, sets the Biblical report of the story in Luke 24 (KJV) for four soloists and orchestra. Before and after this chronicle comes a Prelude and Postlude, for chorus and orchestra.

The chorus first sings the words from Luke of the guards (are they Angels?) who confront the women coming to the tomb seeking Jesus’ body. The Postlude text is from a letter of Paul. Its tone is common and personal; Heinrich Schütz composed, in the Geistliche Chormusik, this same text in memory of his friend, the composer Johann Hermann Schein.

When Craig Smith and I talked about this subject we started with Bach’s great Cantata 6, in which the themes of abandonment and loss are expressed as collective anguished lamentation, and as intimate loneliness and uncertainty. We also paid attention to many paintings, especially the two by Caravaggio, the first theatrical, the second later one meditative, with a mysterious new female figure, whose role, we decide, involves us. All the figures, including Jesus, were approachable, familiar. (In some of Caravaggio’s other painting his historic figures have dirty feet.)

A special hint for the composer came from Duccio’s marvelous painting The Road to Emmaus. Jesus is talking with the two disciples; he is disguised as a traveler, with broad-brimmed hat, knapsack, and walking stick.

One of the archetypal story beginnings: A Stranger Comes to Town.

And the strangeness, the mystery, the fervor, felicity, and awkwardness of the Scriptural account, a glowing recalcitrant found object, taken on just as it comes.

It is a great privilege to write another large piece of sacred music for two such cultivated institutions as the Cantata Singers and Emmanuel Music. I am very grateful to both organizations and their executive directors, Jennifer Hughes and Pat Krol, to both music directors, David Hoose and Ryan Turner, and to the generous sponsors, David Rockefeller Jr., the Mattina R. Proctor Foundation, and Epp K Sonin.