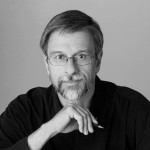 When honoring him with its Goddard Lieberson Fellowship, the American Academy of Arts and Letters noted that "A rare economy of means and a strain of religious mysticism distinguish the music of James Primosch... Through articulate, transparent textures, he creates a wide range of musical emotion." Andrew Porter stated in The New Yorker that Primosch "scores with a sure, light hand" and critics for the New York Times, the Chicago Sun-Times, the Philadelphia Inquirer, and the Dallas Morning News have characterized his music as "impressive", "striking", "grandly romantic", "stunning" and "very approachable".

Primosch’s compositional voice encompasses a broad range of expressive types. His music can be intensely lyrical, as in the song cycle Holy the Firm (composed for Dawn Upshaw) or dazzlingly angular as in Secret Geometry for piano and electronic sound. His affection for jazz is reflected in works like the Piano Quintet, while his work as a church musician informs the many pieces in his catalog based on sacred songs or religious texts.

Born in Cleveland, Ohio in 1956, James Primosch studied at Cleveland State University, the University of Pennsylvania, and Columbia University. He counts Mario Davidovsky, George Crumb and Richard Wernick among his principal teachers.

Primosch's instrumental, vocal, and electronic works have been performed throughout the United States and in Europe by such ensembles as the Los Angeles Philharmonic, the St. Paul Chamber Orchestra, Collage, the New York New Music Ensemble, and the Twentieth Century Consort. His Icons was played at the ISCM/League of Composers World Music Days in Hong Kong, and Dawn Upshaw included a song by Primosch in her Carnegie Hall recital debut. Commissioned works by Primosch have been premiered by the Chicago Symphony, Speculum Musicae, the Cantata Singers, and pianist Lambert Orkis. A second Chicago Symphony commission will be premiered in October, 2009. He is currently at work on a commission for the Albany Symphony.

Among the honors he has received are a grant from the National Endowment for the Arts, a Guggenheim Fellowship, two prizes from the American Academy-Institute of Arts and Letters, a Regional Artists Fellowship to the American Academy in Rome, a Pew Fellowship in the Arts, the Stoeger Prize of the Chamber Music Society of Lincoln Center, and a fellowship to the Tanglewood Music Center where he studied with John Harbison. Organizations commissioning Primosch include the Koussevitzky and Fromm Foundations, the Mendelssohn Club of Philadelphia, the Folger Consort, the Philadelphia Chamber Music Society, the Barlow Endowment, and the Network for New Music. In 1994 he served as composer-in-residence at the Marlboro Music Festival. Recordings of eleven compositions by Primosch have appeared on the Albany, Azica, Bard, Bridge, CRI, Centaur, and New World labels, with new discs of vocal and choral works planned.

James Primosch is also active as a pianist, particularly in the realm of contemporary music. He was a prizewinner at the Gaudeamus Interpreters Competition in Rotterdam, and appears on recordings for New World, CRI, the Smithsonian Collection, and Crystal Records. He has worked as a jazz pianist and a liturgical musician.

Since 1988 he has served on the faculty of the University of Pennsylvania, where he directs the Presser Electronic Music Studio.

Matins is also the name given by Mary Oliver to the closing section of her poem Her Grave, Again. This poetic sequence, memorializing a beloved dog, closes with a song of praise to the creator who permeates our world, who acts in it, and who has filled it with gifts by which we know his goodness. The text seems within itself to enact the praying of Morning Prayer, and fairly cries out for a choral setting. I chose to join Oliver's text with a poem of Hopkins that similarly praises the God who is manifest in the creation. But in the Hopkins there is also a sense of our brokenness, of how the world is "bent", expressed in images that prophetically resonate with our contemporary sense of impending ecological catastrophe. Still, Hopkins attests that renewal is possible, beautifully imaging God as a feminine, mothering presence. With this affirmation of God's brooding presence at the close of the Hopkins, we can go on to joyfully sing Matins together.

My settings of these poems acknowledge the musical world of the Bach cantatas, sometimes using textures and rhythmic shapes that recall Bachian gestures. The concertante writing for the oboe, which acts as a kind of vocal soloist beyond words, also honors the role that the instrument plays in Bach.

I am deeply grateful to Peggy Pearson, David Hoose, and the Cantata Singers for the invitation to write this work. Knowing my music would be entrusted to artists capable of such passion and depth was a great blessing. I offer these settings that we might "make our songs for him as sweet as we can", aware of how we sear the world with our trade, but grateful for the "bright wings" that enfold us.