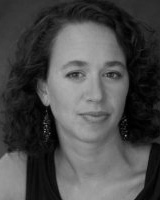 Mezzo-soprano Elizabeth Eschen has an active career as a soloist and professional choral musician in the Boston area and beyond. The 2015-2016 season saw solo performances in Duruflé Requiem with Harvard Glee Club and Radcliffe Chorale Society, Beethoven Mass in C with Newburyport Chorale, and Bach’s St. Matthew Passion with Marsh Chapel Choir. While living and teaching in Virginia, she was a guest artist with the UMW Philharmonic, and regularly featured as a soloist in the area on such works as Handel Messiah, Vivaldi Gloria, Haydn Lord Nelson Mass, Mozart Mass in c minor, and Britten Ceremony of Carols. ​ She made her professional opera debut as La Cercatrice with OperaTampa in 2009 in their production of Puccini's Suor Angelica, and this past October made her Boston Lyric Opera debut in Calixto Bieito's provocative production of Bizet's Carmen. Other notable opera roles include Second Lady in Mozart's Die Zauberflöte (New York Opera Exchange) and Buttercup in Gilbert & Sullivan's H.M.S. Pinafore (Capitol Opera Richmond.) She has twice performed with Sherrill Milnes' and Maria Zouves' VOICExperience program, including the lead role of Carmen in their 2011 Summer Vocal Arts Festival.

A life-long choral singer, Ms. Eschen holds a Masters degree in Choral Conducting, studying under the baton of Ann Howard Jones. She is a longtime member of the Marsh Chapel Choir under the direction of Scott Allen Jarrett. Professional choral experience includes Boston Baroque, Vox Futura (Roslindale, MA), Lorelei Ensemble (founding member), and Manhattan Chorale, with whom she made her Lincoln Center and Carnegie Hall debuts. She toured Germany in 2016 with the Third Weimar Bach Academy under the baton of Helmuth Rilling. She can be heard on the January 2016 American cast album recording of Alan Menken and Stephen Schwartz’s Hunchback of Notre Dame, and the Marsh Chapel Choir recording of James Kallembach's Most Sacred Body, expected release in 2017.

Ms. Eschen currently teaches private voice at Harvard University, where she is the Director of the Holden Voice Program.