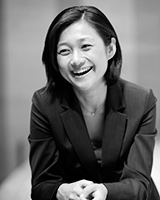 Eliko Akahori has appeared as a recitalist, chamber musician, and collaborative pianist to great acclaim in the United States, Europe, and Asia. Recent performances include a series of recitals in U.S, Austria and Spain with Vienna Philharmonic principal flutist Karl-Heinz Schütz. In 2003, Ms. Akahori received the first prize, Coleman-Barstow Award, in the 57th Coleman Chamber Ensemble Competition. Past collaborators in recitals, chamber music concerts, recordings, and radio and television broadcasts include members of the Berlin Philharmonic and the Chicago, Montreal, Boston and San Francisco Symphony Orchestras, among others. In 1996, she performed for the Japanese Emperor’s Family in the Imperial Palace in Tokyo. Ms. Akahori is currently on the faculty at Wellesley College.