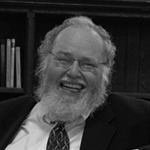 A guest conductor for Cantata Singers on two occasions, Craig Smith led staged performances in 1981 of Handel’s Saul, in what was his first collaboration with the stage director (and then college student) Peter Sellars. His second program, “A Tapestry of Motets and Cantatas,” wove together music of Schütz, Schein, Reger, Demantius, and Bach.

Craig Smith appeared as guest conductor in many opera houses, including Théâtre Royal de la Monnaie, Vienna State Opera, and Boston Lyric Opera, as well as with Chorus pro Musica and the Handel & Haydn Society. His performances of Mozart’s three daPonte operas, Handel’s Giulio Cesare and Saul, and music of Kurt Weill and Bach were marks of a fruitful artistic association with Mr. Sellars. Mr. Smith later developed a working partnership with the choreographer Mark Morris. He served on the music faculties at Juilliard, MIT, New England Conservatory, Boston University School of Music, Pepperdine University, and the Tanglewood Music Center.

Craig Smith’s lasting legacy lies with his having founded and developed Emmanuel Music, the first American organization to perform the complete cycle of J.S. Bach’s 224 church cantatas in the context of the church service. Under his leadership, Emmanuel Music expanded its efforts to include operatic, oratorio, orchestral and chamber concerts, including a long succession of annual Mozart birthday concerts. Later, he organized several series of concerts that, in the spirit of having performed the complete church cantatas of Bach, set out to present the complete chamber and/or vocal works of Schubert, Schumann, and Beethoven. Craig Smith led and conducted Emmanuel Music for over thirty-five years, until his death in 2007.