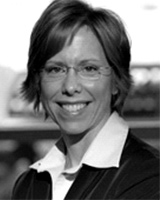 Christine Swistro, soprano, has been singing in and around Boston since 1987. She has been a member of the Cantata Singers since 1997 and, with Cantata Singers and the Boston Cecilia, has been a soloist in the works of Benjamin Britten, George Gershwin, G.F. Handel, J.S. Bach, Liszt, and Boston composer Scott Wheeler. She also appears as soprano soloist on the Boston Cecilia recordings of Scott Wheeler’s The Construction of Boston for Naxos, and Daniel Pinkham’s Wedding Cantata for Koch International. Other choral work includes performances with the Robert Shaw Festival Chorus at Carnegie Hall. Ms Swistro has given solo recitals in Boston and Concord, MA that featured music of 20th century American composers, and has presented cabaret programs at Boston’s French Library and at the Goethe Institut in the Back Bay.